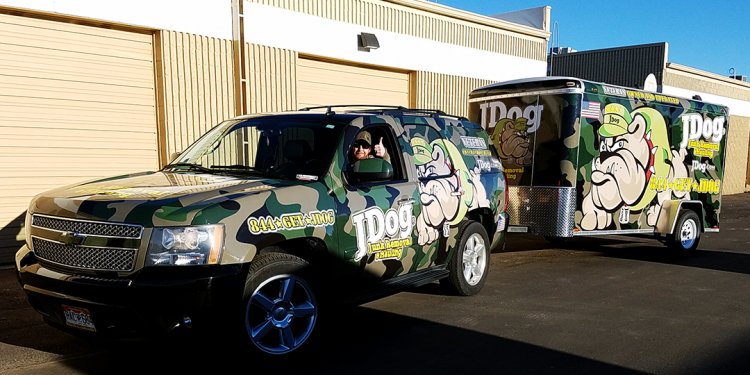 On Occasion, which operates with four regular employees and regularly contracts as many as 25 additional workers, was chosen from a field of six other nominees, according to the chamber.

"It's so nice to have the people you work with so often show that they think highly of you, " said Kathy Pedersen, owner of On Occasion, which has been a member of the chamber for 10 years. "I was surprised. It was a pretty big list of nominees."

Pedersen said On Occasion may have been selected because the company had a good year in 2016 following a rough 2015. The catering and event management service also stays active in the community and chamber events, she said.

Because her father was sick and died in 2015, Pederson was absent from operations for five months that year, she said. For the first time in 12 years, On Occasion's sales dropped, Pedersen said.

"I did not know what to expect for 2016, " she said. "We hit goals I never imagined we would hit. It was a really, really good year for us. We grew quite a bit from the previous year. From the year before, when we had gone down, we were up over 60 percent. I was really thrilled. It was a very busy year for us."

Roughly 225 people attended Jan. 21 to watch business and community awards be handed out at the Kemper Lakes Golf Club in Kildeer, he said.

"It went really well, " Perrin said. "I'm not exactly sure why we attracted so many, but we changed venues. The new venue may have been attractive to some people, going to a different place. Plus, we added a young professional award and a new business award."

The New Business of the Year award ultimately went to Consume craft beer and wine restaurant.

A new business is classified as one in operation for less than two years, Perrin said. The category was added because a larger number of new businesses have opened in the Lake Zurich area recently, he said.