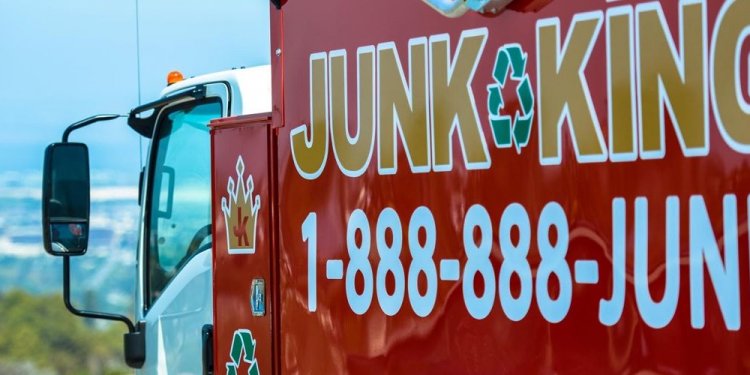 I called this service to remove two bulky recliner couches from my home. They sent 3 amazing gentlemen, Carlos, Paul and Lukens. They were friendly, accommodating and unbelievably capable of not only removing them from my house but then having to lift them in to their truck. The price they charged was more than reasonable and worth every penny I originally called 1800 gotjunk which would have been triple the cost. I strongly recommend them

edwich seemed like a nice enough guy, and he came by to do estimate, all be it a few hours later than he had originally promised. however, because i live in a community with an HOA, I am required to have certification from the company as contractor as well as liability insurance for demolition. i asked edwich on the first call if he had such, to which he gave the affirmative. however, when it came time to get an estimate it didn't show up 1, 2, 3 days after promised. edwich said he had emailed it, which was not the case, nothing at the email address nor the junk folder. ultimately, he did send the estimate and of course everything became clear. his bid was 80% higher than two other bids, which revealed that his bid was done by a third party contractor, who not only had to provide the certification, but apparently needed a big cut of the job. this would have been fine, if edwich had just explained this upfront. i don't begrudge his choice of doing business and this is totally normal. but, had he just been straight up at the beginning he wouldn't have delayed my project, wasted his time and mine. also, i would have been happy to hire his company on future jobs that didn't have specified requirements, as he seemed delightful and the other yelp reviews of his work were quite good.

Paul and his staff are quick, efficient, and professional. Price point is more than fair. Other companies charge more.

These guys are prompt and couture. I called yesterday, they picked up today and called before they came. I recommend Paul and his guys for anyone looking to purge.

I had them remove a bunch of busted up concrete. They worked around my schedule and came on a Saturday. They are great people, gave me the best price from anyone around. Will definitely use again. They left the place looking better than how they came.

Excellent and prompt service. Good price.. They came on a Saturday after Christmas when most would not. I would recommend them very highly

Great job !! Thank you !! Will definitely use your service again! Called and were available for same day pick up!!